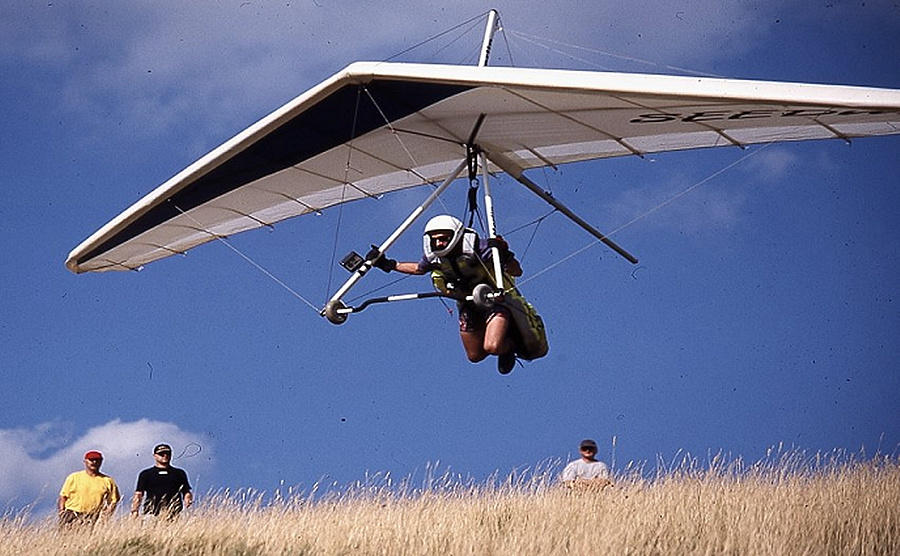 Hang gliding is an air sport or recreational activity in which a pilot flies a light, non-motorised foot-launched heavier-than-air aircraft called a hang glider. Most modern hang gliders are made of an aluminium alloy or composite frame covered with synthetic sailcloth to form a wing. Typically the pilot is in a harness suspended from the airframe, and controls the aircraft by shifting body weight in opposition to a control frame.

Early hang gliders had a low lift-to-drag ratio, so pilots were restricted to gliding down small hills. By the 1980s this ratio significantly improved, and since then pilots can soar for hours, gain thousands of feet of altitude in thermal updrafts, perform aerobatics, and glide cross-country for hundreds of kilometers. The Fédération Aéronautique Internationale and national airspace governing organisations control some regulatory aspects of hang gliding. Obtaining the safety benefits of being instructed is highly recommended. 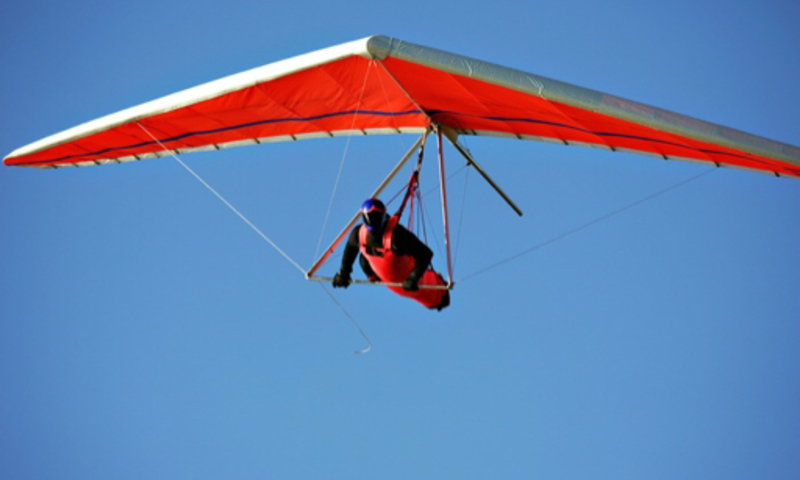 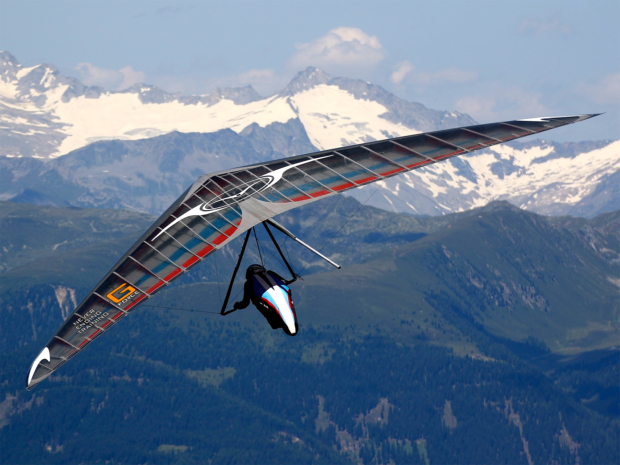 Modern Hang gliding is very different with early hanglider. Beginner and intermediate gliders are almost same. Expert or competition gliders currently using topless structure. That has no king-post holding leading edge tube and  trailing edge with wire. And adopted more carbon fiber frame. It is lighter and has more speed. Competition glider can fly easily more than 100Km/h. And lots of benefits to fly long distance such as cross country flying. 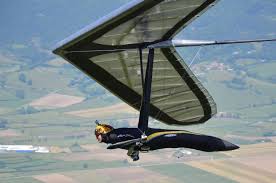 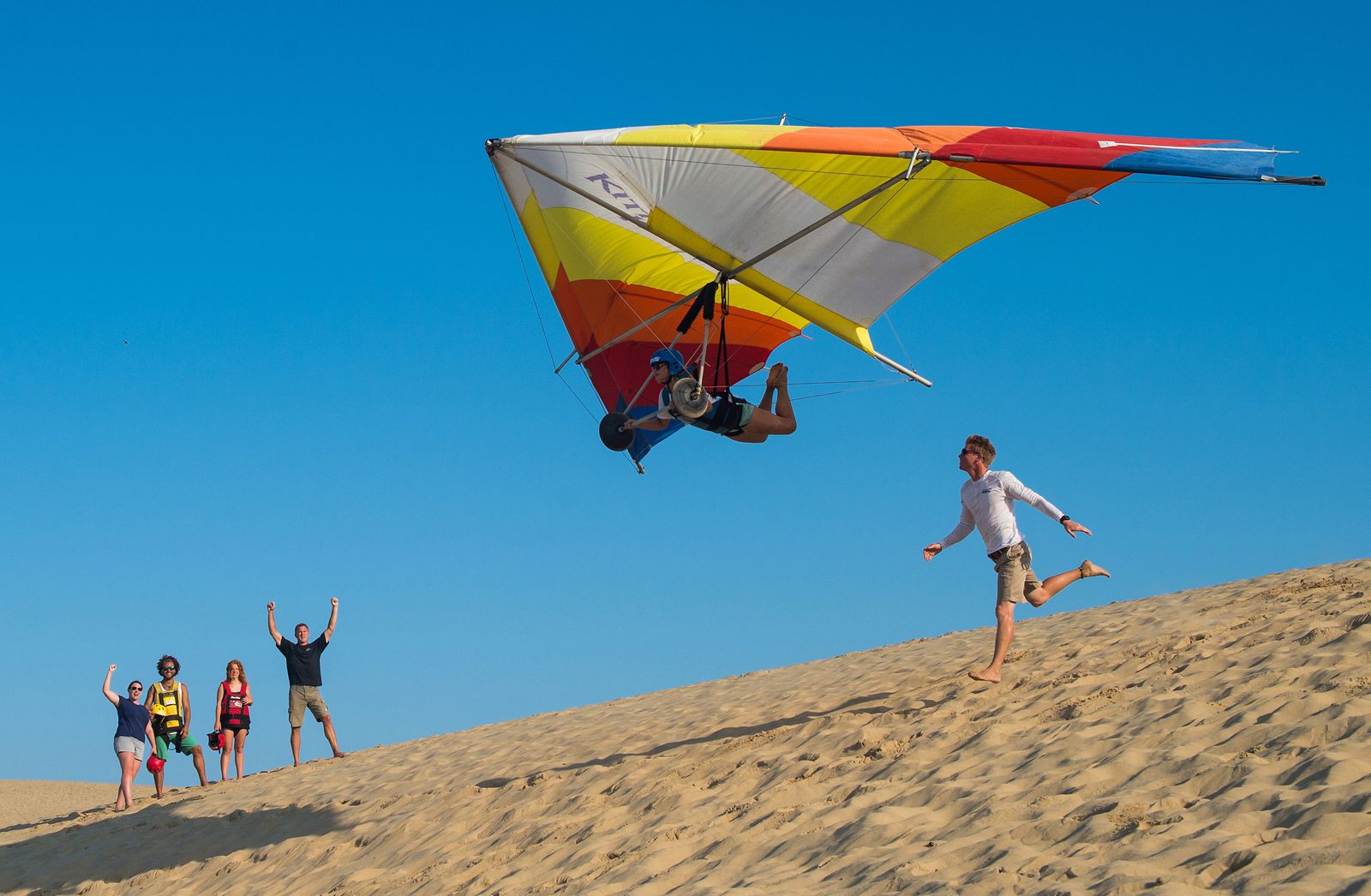 If you want to learn hanggliding, you need to find a good instructor beside of you. We are providing hanggliding lesson, please inquire.
However, I am going to explain few things before enter.
Basic course for hanggliding training course as follow.Ground handlingSimulationHow to assemble and de-assemble glider

If you finish basic course and will start short flying on training hill that will fly few meters high. And will do first flying usually less than 100m high. And you will move to next level for long and high flying.
Final stage for lesson will be start from how to turn well with rolling and pitching momentum. And you will jump to ridge soaring and thermal soaring.

Usually it will takes more or less 20 days to finish course. You will learn step by step with lots of discussion with instructor. 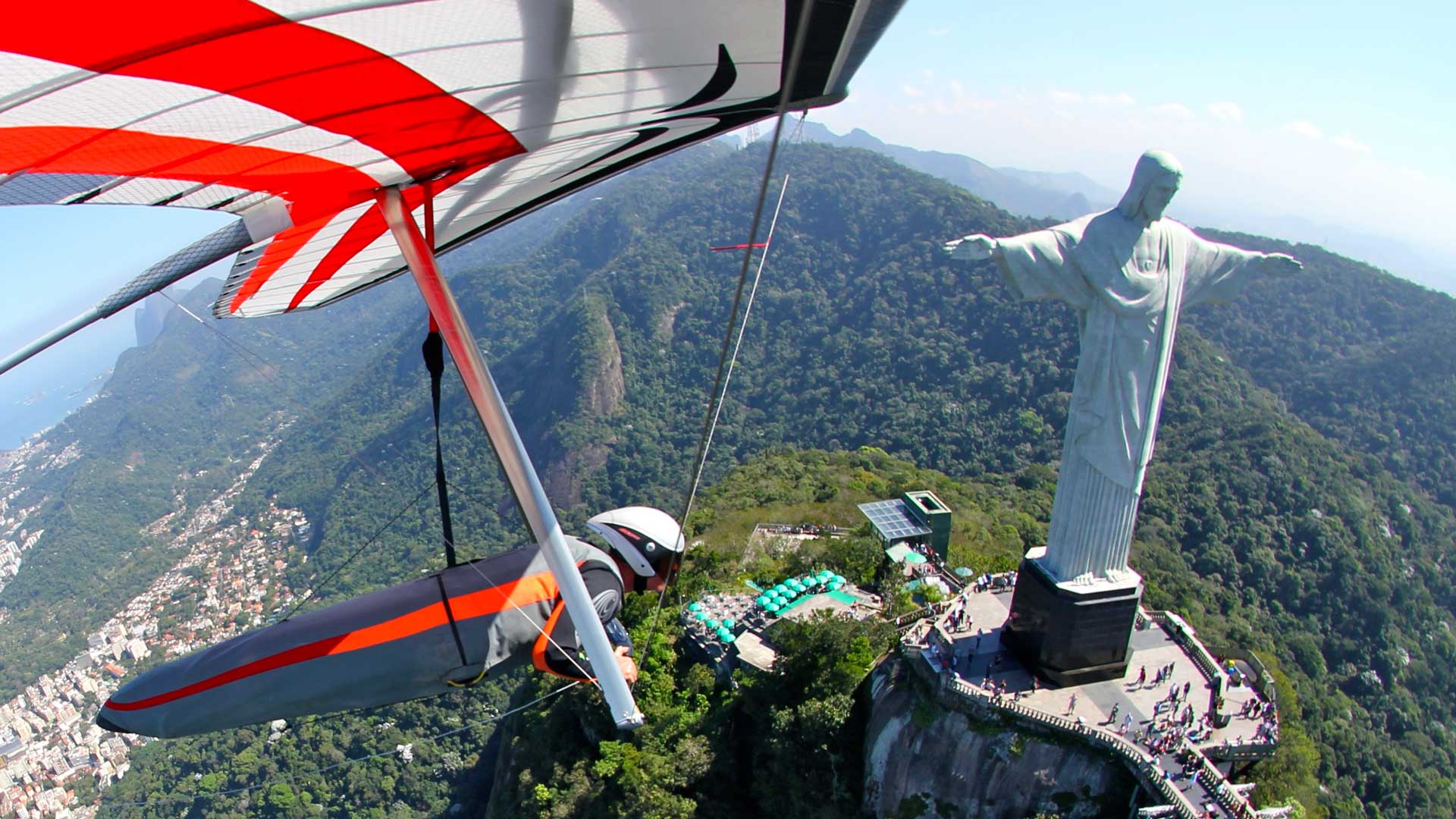 History of hanggliding (for serious reader)

4 thoughts on “about Hanggliding”